As a celebration of the 2020 Children’s Book Week, illustrators shared their art! Several beloved children’s book artists have contributed their beautiful and inspiring artwork to help celebrate the 2020 theme, Read. Dream. Share.

We have provided the links to several individual illustrations BELOW (just click on the small picture) that you can download and color. 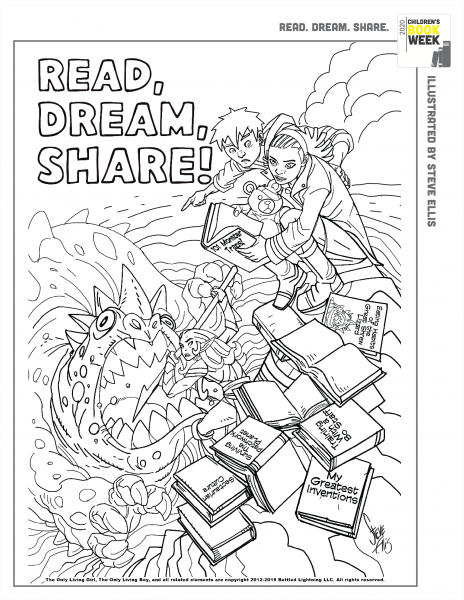 Steve Ellis (Papercutz)
Steve Ellis has been a fantasy illustrator and comics artist for the last 25 years. After illustrating for clients like Marvel Comics (Iron Man, X-men, Darkstar, and the Winter Guard), DC Comics (Green Lantern, Lobo), and Wizards of the Coast (Magic: The Gathering, Dungeons and Dragons) as well as Blizzard (World of Warcraft, Hearthstone). He co-created hit award- winning graphic novel series The Only Living Boy and its sequel The Only Living Girl, as well as High Moon. He lives with his lovely wife and two monkeys in Ithaca, NY.
| Facebook. Instagram. Twitter. 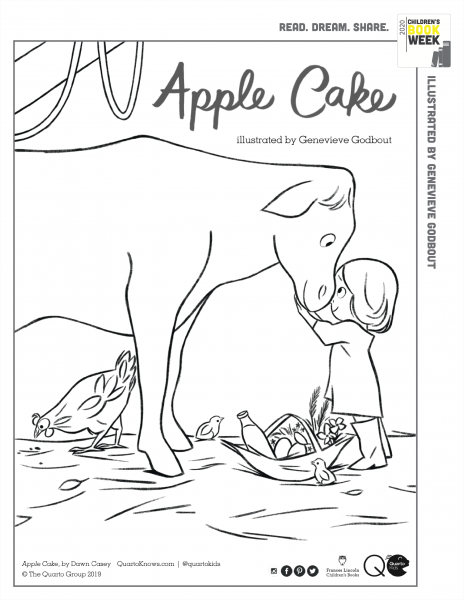 Genevieve Godbout (The Quarto Group)
Genevieve lives in Montreal where she works as a children’s book and fashion illustrator. She studied traditional animation in Montreal and at the prestigious school of “Gobelins” in Paris. Genevieve was born and raised in Quebec, but spent 7 years in London, UK, after her stay in France. She also illustrates for clothing designers like Nadinoo and Mrs.Pomeranz creating illustrations and prints for their collections.
| Facebook. Instagram. 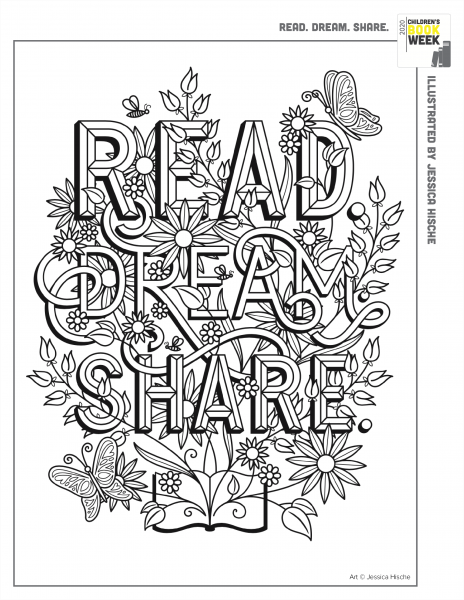 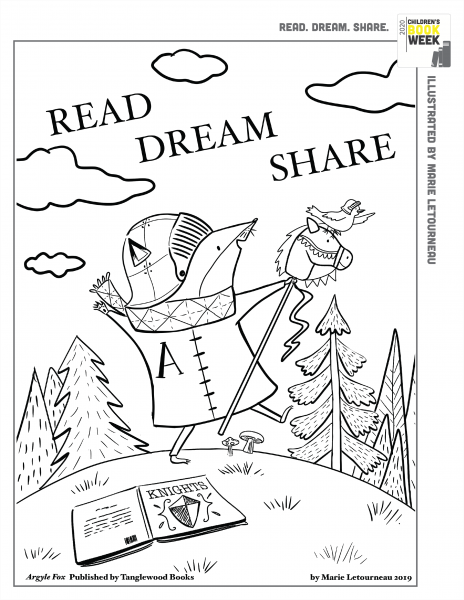 Marie Letourneau (Tanglewood Publlishing)
Marie Letourneau was born in Queens, New York, and her family moved to Long Island when she was five years old. She has been interested in illustrating books for as far back as she can remember. As a child, she would make little books out of paper and staples and give them to family members as gifts. Marie studied fine arts at Hofstra University where she earned her BFA in the New College. Marie is a full-time illustrator and graphic artist. She was the author and illustrator for Argyle Fox, and the award-winning The Mice of Bistrot des Sept Frères, and Marie illustrated Is a Worry Worrying You? and The Tiptoe Guide to Tracking Fairies (all books published by Tanglewood Books). She has done design work for (and appeared on) “The Nate Berkus Show,” and “The Revolution” with fashion icon Tim Gunn. In 2014, Marie was a finalist in the Martha Stewart American Made Awards for her stationery shop Le French Circus, on Etsy. Marie and her family live on Long Island, New York. Connect with Marie: http://www.marieletourneau.com/.
| Facebook. Instagram. 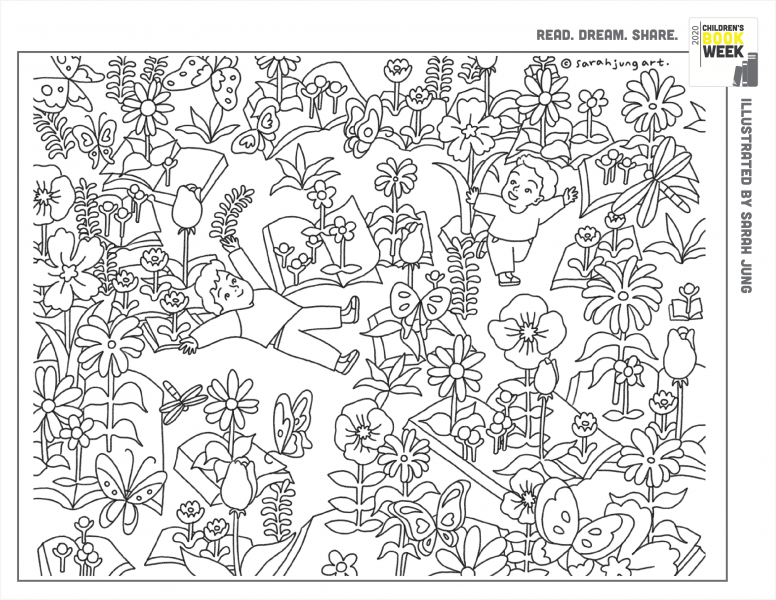 Sarah Jung (Scholastic)
Sarah Jung was born in Maine and grew up in Vancouver, Canada. She has a BFA in Illustration, Creative Writing, and Book Arts from Maryland Institute College of Art. Sarah now resides in Baltimore, Maryland, as an illustrator and children’s book creator alongside her friends and their little cats. Follow her @sarahjungart (Twitter and Instagram) and on sarahjungart.squarespace.com.
| Facebook 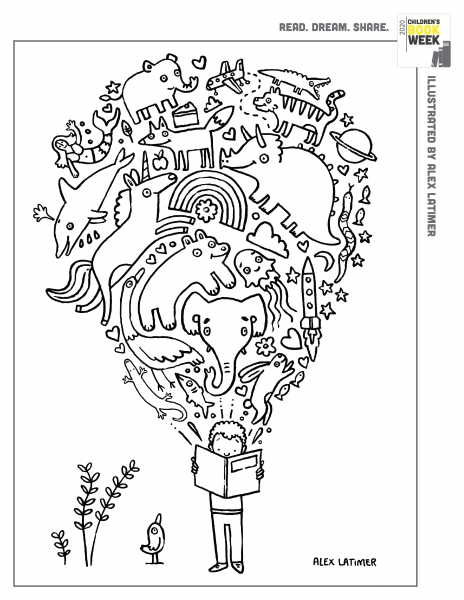 Alex Latimer (Peachtree Publishing Company)
Alex Latimer has written several picture books for children, including Am I Yours?, The Boy Who Cried Ninja, and Pig and Small. He lives in South Africa near the border of a national park, so when not writing or drawing, he spends his free time shooing baboons out of his lounge. Visit his website at www.alexlatimer.co.za.
| Facebook. Instagram. Twitter 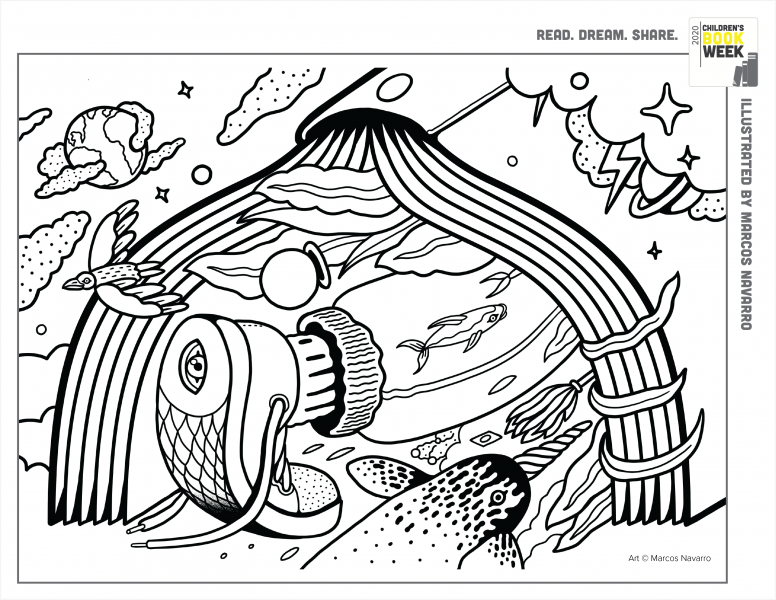 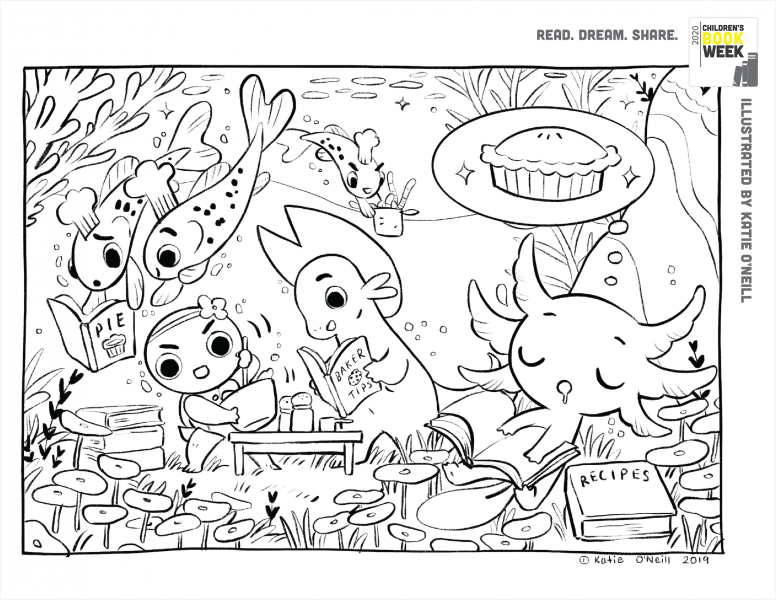 Katie O'Neill (Oni Press)
Katie O’Neill is an Eisner and Harvey Award-winning illustrator and graphic novelist from New Zealand. She is the author of Princess Princess Ever After, Aquicorn Cove, The Tea Dragon Society, The Tea Dragon Festival, and Dewdrop, all from Oni Press. She mostly makes gentle fantasy stories for younger readers, and is very interested in tea, creatures, things that grow, and the magic of everyday life. 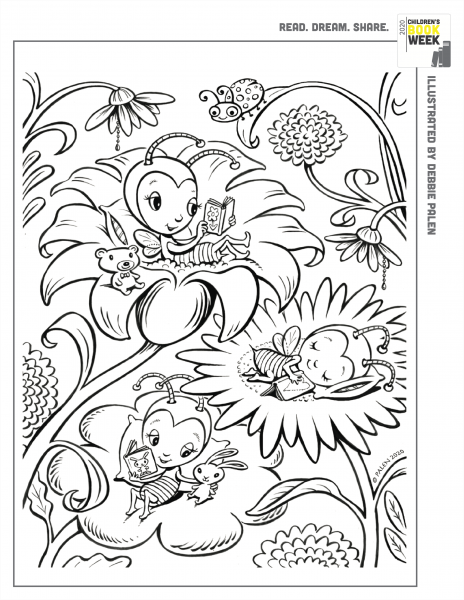 Debbie Palen (Red Chair Press)
Debbie Palen is a children’s book illustrator working in a combination of digital and traditional mediums. Currently focused on the world of picture books and educational publishing, her work has been applied to a broad range of subjects. Debbie loves to work with humor, diversity and expression, and is especially drawn to the unique personalities of animals. Debbie’s work has been been recognized by Print, 3×3, Mom’s Choice Awards, and The Educational Press Association of America. Her cover received the “Illustration of the Year “ award from Highlights in 2012. Visit Debbie’s website or check out her frequently updated blog.| Facebook. Instagram. Twitter 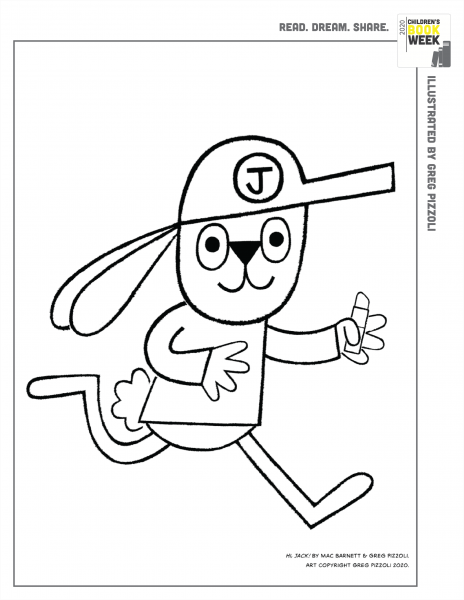 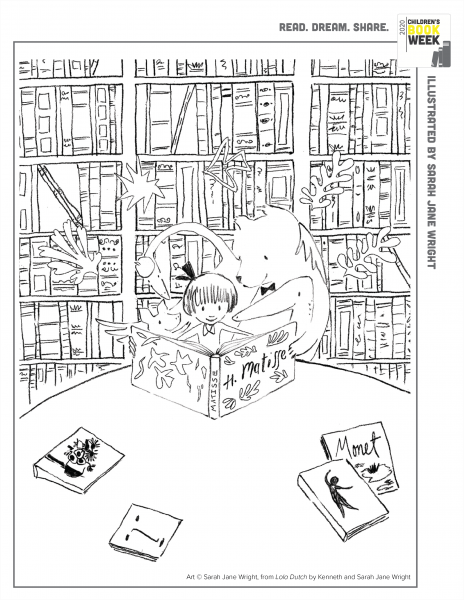