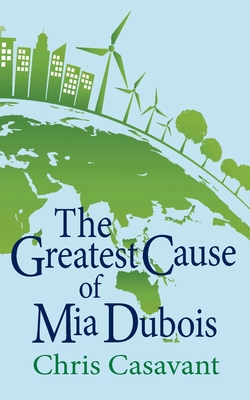 Local Author, Chris Casavant will be at Storybook Cove on Saturday, June 4, 2-4 p.m. to read, discuss and sign his middle grade novel, The Greatest Cause of Mia Dubois.

Chris Casavant is a sixth-grade social studies teacher in Marshfield, Massachusetts. At his school, he runs a club for students who want to learn and act on climate-related issues. Before becoming a teacher, his career was in writing, first as a sports journalist and columnist, then as a writer in the business world.

Inspired by by the work of journalists and scientists who have written extensively about climate change, his daughters, and his students who want to learn and act on climate-related issues, Chris has written an engaging novel told from 12-year old Mia's perspective.  1000's of miles from home, she learns about climate change and climate justice, organizing, friendship and most importantly she learns that the choice of an individual can make a real difference when she works hard and is dedicated to a cause.

The Greatest Cause of Mia Dubois (Paperback)