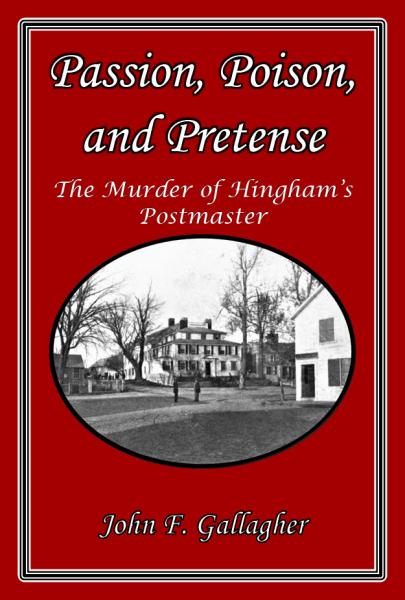 John F. Gallagher of Hanover has published the fourth in a series of books about obscure, long-forgotten, century-old murders on the South Shore of Massachusetts. His latest book, Passion, Poison, and Pretense: The Murder of Hingham's Postmaster, takes place in 1857, and relates the suspicious circumstances under which Hingham Postmaster Hosea Gardner fell ill and died after an unfortunate fall on the ice outside the post office. Authorities leveled a charge of murder against Mr. Gardner's wife after an autopsy and inquest revealed the postmaster had succumbed to a fatal dose of arsenic.

John will be discussing and signing his book on Saturday, October 24 at noon to 2 p.m.
(Rain Date 10/25/20 at same time.)
OUTSIDE, SAFELY DISTANCED!  Come join us.  Call 781-826-6060 if you would like to purchase a book ahead of time and have it personalized.  We will have John sign it on the 24th and you can pick it up curbside at a time convenient for you --
including "driving through" on the 24th!

Michael Achille, Collections Manager at the Hingham Historical Society, praised Gallagher's newest book by saying: "Passion, Poison, and Pretense: The Murder of Hingham's Postmaster is the type of local history story I have been craving for some time - a concise, engaging, true story of one of the earliest and most well-documented murder cases in Massachusetts, right here in our backyard. Filled with wonderful detail, John's book touches not only on this fascinating piece of Hingham history but also how it fits into the broader history of the development of the judicial system in the fledgling United States. I couldn't put it down!"

Annie Hartnett, author of Rabbit Cake has raved about John's newest novel. She said "I was gripped by this account of the 1857 Gardner murder--a detailed, absorbing, and compelling page-turner, John Gallagher has given historical fiction fans another richly satisfying, complicated, and well-researched story. Bravo!" 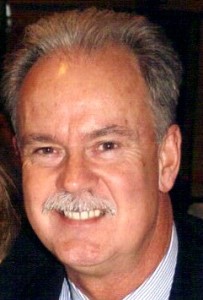 About the Author:  John F. Gallagher served in the Boston Police Department for 30 years and rose to the rank of superintendent and chief of detectives before he retired in 2008.  His interest in history and genealogy and his background in criminal investigaion motivated him to write his first true crime story, Murder on Broadway about three distinct, century-old murders in Hanover, Massachusetts.  This is his fourth book.  John lives in Hanover, Massachusetts with his wife, Jeanne.

Passion, Poison, and Pretense: The Murder of Hingham's Postmaster (Paperback)