Sean is dedicating this new children's book series to his12 year old daughter Gianna, who was recently diagnosed with Juvenile Arthritis and Lupus.

The first installment is titled: Football Magic, Buddy's New Beginning, the story of a young boy and his friend who is an "arthritis warrior" battling to live a normal life. The second book in the series will focus on Gianna's character, the placekicker and ballerina, as she and her family learn to live life with the diagnosis Juvenile Arthritis.

Sean's hope is to bring light to those kids suffering from Juvenile Arthritis/Lupus and dedicate a portion of the proceeds to childhood autoimmune research.

The book, written for upper elementary and middle school students, has been endorsed by several prominent people in the world of sports including Bill Belichick, Sean Payton, Jon Gruden, Andre Reid, Doug Flutie, Mike Eruzione, Vinny Testaverde and John Harbaugh. The book has also been endorsed by Boston Ballet and Dr. Wayne Klein of Spaulding Rehabilitation, a clinical neuro-psychologist, and Julie Foudy, who played Team USA women’s soccer with Mia Hamm in the ‘90’s. 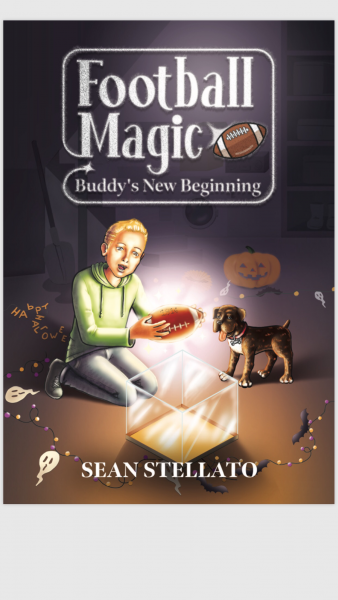 The story: This was supposed to be the last time Buddy would have to move for a while.  At least, that's what his dad had promised when they first arrived in Salem, Massachusetts, a town still deeply rooting in its bewitching history.  Buddy doesn't ask for much: become the starting QB, make friends, always try my hardest, dream big, repeat.  He hopes that maybe he can help the school's team make it to the league championships.  But when he discovers an old football and a mysterious spell book, things in Salem get downright magical.  Being the new kid isn't easy, but will Buddy finally learn what it means to belong to a team?