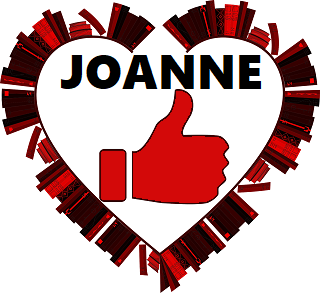 Joanne's pick this week is "State of Terror" by Hillary Rodham Clinton and Louise Penny. This is a writer partnership made in political mystery reader's dreams. Match Penny's mystery writing skills, add one of Rodham Clinton's nightmares that haunted her while secretary of state and include some Three Pines appearances and you have a fast paced thriller from beginning to end.

October 13, 2021 Joanne's pick this week is "Marie Lu's Duology "Skyhunter" and "Steelstriker", a YA dystopian science fiction fantasy  Lu is a master of this genre with high tension, relatable characters, unique worlds and no perfect endings.

October 5, 2021 Joanne's pick this week is "The Personal Librarian" by Marie Benedict and Victoria Christopher Murray.  It took an amazing collaboration of an accomplished Black author of contemporary literary fiction  with another accomplished writer of strong women historical fiction novels to bring to life with vivid detail and contemporary importance the story of Belle Marion Greener who hid her true Black self to protect her family yet accomplished so much professionally as white  Belle da Costa Greene, the personal librarian to J.P. Morgan curating the Pierpont Morgan Library.

July 28, 2021 While Kendra is away on vacation, Joanne is doing the Wednesday pick.  Joanne loves to cook. Her style is improvisational, different, messy, fun, simple, use whatever is in the refrigerator and pantry, and tweak the recipe as she cooks.  Who would have thought they would make the perfect cookbook for all of us with her style of cooking – “The New York Times Cooking No Recipes Recipes” by Sam Sifton.  She has already made several of the dishes using Sifton’s modifications and hacks and some of her own!  Check out the Pizza Without a Crust! Not to leave out the kids -- Cooking can be such a fun time for family and young friends and what better “cookbook” to use than “Kids in the Kitchen” by Sheila Simmons. It is a memory book, craft book and cookbook all wrapped into one.  Fill in the blanks, make a craft, cook, eat and have fun using this interactive book. Check out the Skillet Spaghetti Pizza!

While Gary D. Schmidt (Newbery Honor Winner and National Book Award Finalist) has set his latest young adult novel Just Like That in the 1960’s, the same time setting of The Wednesday Wars and Okay for Now, it is a timeless story about Meryl Lee Kowalski, an eighth grader, having lost her best friend to a car accident, “beginning anew” at a girls’ private school in Maine.  It is a story of Obstacles, Resolutions, Accomplishments, friendships, challenges, and clashing society norms told with the backdrop of the Viet Nam War, sit-ins, racial and economic inequality and heart-rending changes intertwined with Matt’s story of struggle, avoiding a cruel criminal and courage all resulting in walls being taken down and demons being faced and love.

Sometimes books haunt me long after I finish them and sometimes I have to immediately reread them once I finished them.  This weeks' recommendation is one of them: Louise Penny's 16th novel, All the Devils Are Here, per usual, is so much more than a murder mystery. It is a story about family, love, misconceptions, hurts, love, secrets, history, devotion, intrique, slight of hand/eye/mind, family,and love.  Louise Penny's language, subtle clues, intense emotions, heart-stopping events and characters with great strengths and human weaknesses and faults hold you from the opening line to the last word.  A rereading illumiinated so many comments and clues once you know the events in chapters 41 to the end. Armand Gamauche is one of those characters whose actions, words, and foundational beliefs and morals haunt me, in a very good way, long after I finish the book.

The first Jordan Sonnenblick novel I read was Notes from the Midnight Driver.  I was moved by the humor, the pain, the joy, the uncertainty, the unlikely friendship and the million of emotions faced by a changing teen. We have all known (or are) an Alex or Laurie.  I was hooked and read his first novel Drums, Girls, and Dangerous Pie and then each new one when published and recommend them to readers of realistic novels who want to read about believable characters who are facing the same things they are.  Here are a few . . .

Notes from the Midnight Driver for Grades 9. When scheming teen Alex is ordered to do community service at a senior center he is assigned to Solomon Lewis, a "difficult" senior with a lot of attitude, and through their relationship, both are profoundly changed.

Falling Over Sideways for Grades 6 - 8. Claire's life is a joke, but she's not laughing. When the joke becomes serious, the only way Claire, her family, and her friends are going to get through it is if they can find a way to make it funny again.

Zen and the Art of Faking It for Grades 7 - 9. When eighth-grader San Lee moves to a new town and a new school for the umpteenth time, he doesn't try to make new friends. Instead he sits back and devises a plan to be totally different.

Young people have been, are being, and will always be called to action to speak out, protest, work for change.  In Kent State Deborah Wiles, using stunning, moving poetry, tells the haunting story of the murder of four students and wounding of 9 others on the college campus from every complicated angle, side and person giving a complete picture of the times, not just a “this is what happened on May 4, 1970” recounting.   Whether you vividly remember this 50 year old tragedy or are, in these times of unrest, telling your grandchildren the history they must not forget, this book vividly makes us realize that we each must stand for truth and be brave in our commitment to the tenets of our democracy.

Megan Whalen Turner’s Queen’s Thief novels star the most endearing, intelligent, mischievous, and incorrigible character, Eugenides the thief. This series for 12+ readers began with the Newbery winner "The Thief" in 1996 and includes political machinations and intrigue, intervention of the gods, battles of various kinds, dangerous journeys and multilayered alliances. You have time to read or reread the first 5 books in the series before the long awaited final comes out in October.  Yea!

NONFICTION MUST READ!  STAMPED: Racism, Antiracism, and You: A Remix of the National Book Award-winning Stamped from the Beginning by JASON REYNOLDS AND IBRAM X. KENDI.  This says it better than I can:  "Reynolds (Look Both Ways) lends his signature flair to remixing Kendi's award-winning Stamped from the Beginning...Told impressively economically, loaded with historical details that connect clearly to current experiences, and bolstered with suggested reading and listening selected specifically for young readers, Kendi and Reynolds's volume is essential, meaningfully accessible reading."—Publishers Weekly, starred review  "Jason Reynolds has the amazing ability to make words jump off the page. Told with passion, precision, and even humor, Stamped is a true story-a living story-that everyone needs to know."—Steve Sheinkin, New York Times bestselling and award-winning author of Bomb and Born to Fly

State of Terror: A Novel (Hardcover)

Kids in the Kitchen (Paperback)

The Summer of Lost Letters (Hardcover)

The Hill We Climb: An Inaugural Poem for the Country (Hardcover)

All the Devils Are Here: A Novel (Chief Inspector Gamache Novel #16) (Hardcover)

Notes From the Midnight Driver (Paperback)

Zen and the Art of Faking It (Paperback)

Stamped: Racism, Antiracism, and You: A Remix of the National Book Award-winning Stamped from the Beginning (Hardcover)