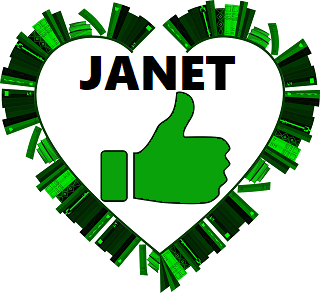 JANUARY 22, 2021-- A FUNNY PICTURE BOOK: Janet's pick this week is by the late award winning writer/illustrator Mordicai Gerstein. "Moose, Goose, and Mouse" is a funny rhyming picture book that can be shared with two to five year olds as a read-aloud and can also be a beginning reading book for older children. Mordicai asked Jeff Mack, an illustrator friend to help him work on a computer collage technique for the book and then had Jeff complete the illustrations when cancer forced him to stop working on the book. Go on an adventure with Moose, Goose and Mouse to see if their dreams come true.

JANUARY 15, 2021-- FIRST PICK OF THE NEW YEAR IS A POWERFUL HISTORICAL FICTION:   Janet's pick this week is "White Rose" by Kip Wilson.  This young adult book won an honor award from the Masschusetts Center for the Book and is now available in paperback.  Written in poetry, this moving book is about a real person, Sophie Scholl, who was part of the "White Rose", a German non-violent resistance group in Germany who challenged the Nazis.  She chooses to not stand by and see the injustices around her at great cost to herself.  You won't stop thinking about this powerful book.

DECEMBER 31:   Janet's pick this week is "I Can Make this Promise" by Christine Day. Edie, a 12 year old girl, knows that she is Native America but since her mom was "adopted" she doesn't know anything about her heritage until she discovers a box that just may hold the secrets she would love to know. She needs to trust her parents to learn her past. This is a story of friendship, creativity, and love.

NOVEMBER 27  Janet’s pick this week is “My Bed: Enchanting Ways to Fall Asleep Around the World “ by Rebecca Bond and Salley Mavor. Rebecca Bond’s poetic verse tells us of how children sleep throughout the world and Salley mirrors exquisite stitching work it’s truly remarkable. Everything has been crafted by hand. You can pour over the pictures for hours and learn many facts as to how we are all different and the same.

NOVEMBER 20  Janet's pick this week is the beautiful picture illustrated by Nomoco of the poem by Tomos Roberts called "The Great Realization". This hopeful poem shows how the COVID-19 pandemic has brought families closer and has gotten people to slow down and change their focus from "things" to people. What is most important to you?

NOVEMBER 13  Janet's pick this week is "Ellie's Dragon" by Bob Graham. Ellie finds a tiny dragon which grows up with her. Adults can't see Scratch but the children can! Bob Graham's books always convey a sense of goodness and peace. Children are "becoming" great sensitive individuals and learning to cope with their circumstances.

NOVEMBER 6  Janet's pick this week is the "Jasmine Green Rescues" series. This series is a little harder to read than the "Critter Club" series but easier than the middle grade series, "Vet Volunteers".  Jasmine is the daughter of a veterinarian and a farmer. She loves animals and rescues a piglet named Truffle, a collie named Sky, a duckling named Button and a kitten called Holly in the first 4 books of the series. This is a great series for your 8 to 10 year old animal lovers.

OCTOBER 30  Janet's pick this week is the newly released book for 9 to 12 year olds called "The Ghostly Tales of New England" by Carrie Juettner adapted from "A Guide to Haunted New England" by Thomas D'Agostino.  The book has 3 to 5 ghost stories from each of the 5 New England states.  These stories are concisely written to give the background to the ghost and the reason for remaining after death. The author speaks to the reader and I wouldn't consider them scary so much as spooky!  A simple map shows where the ghost stores took palce if you want to check them out yourself!

OCTOBER 23:  Janet's pick this week is "The Silver Arrow" by Lev Grossman.  this fun read aloud fantasy for 8 to 12  year olds deals with climate change, endangered animals, and endangered habitats in a very unique way.  Join Kate and Tom on their fantastical adventure aboard the Silver Arrow train (which talks)!

OCTOBER 16:  Janet's pick this week: The Truth Project  by Dante Medema, a teen novel in verse, texts and emails, tells the story of an Alaskan high school senior who's controlled and neat year becomes chaotic and messy when she learns that the only person she has known as "Dad" and her biological father are not the same person.  Medema's sparse writing delivers so much story, emotion and self-discovery.  Savor this book and look forward to the next by this debut author.

OCTOBER 9:  Janet's pick this week is Captive Kingdom by Jennifer A. Nielsen, the fourth book in the Ascendance series.  This book begins with Jaron, the King of Carthya, taken hostage with his loyal friends and piarate allies and taken to Belland, a conquered land.  The captors and conquerors, the feared Prozarians, have Darious's sword and crown and accuse Jaron of faking his brother's death to gain the throne.  Darius is alive.  Is Jaron's throne and Carthya at risk from the rightful king or the Prozarians?  Will Jaron with his annoying and mischievous personality save the kingdom?

OCTOBER 2:  Have you heard of escape rooms? Janet's pick this week is a book series version of escape rooms in which you have to solve questions, look for clues, and ultimately escape the situation. You can set your own time limit based on your level of experience. Four titles in the Escape Game Adventure series by Melanie Vives & Remi Prieur and illustrated by El Gunto are: Trapped in Space, Mad Hacker,  Last Dragon, and Operation Pizza.

SEPTEMBER 25:
Janet's pick this week is to introduce a new graphic book series called Pea, Bee & Jay by Brian "Smitty" Smith. This is a young reader's series geared for children aged 6 to 10 about 3 friends with distinct personalities: a pea named Pea, a bumble bee named Bee and a blue jay named Jay. These books are full of humor and great friendship stories.

SEPTEMBER 18:
Janet's pick is Don't Stand So Close to Me by Eric Walters that deals with the COVID-19 pandemic.  13 year old Quinn relates her expereinces as the daughter of a doctor and her friends' experiences as they all cope with social distancing, not seeing loved ones, and missing their usual interactions.  How they have their 8th grade dance is unique and uplifting.  The book hleps explain terms such as "flattening the curve" and justifies the feelings kids are having at this time.

SEPTEMBER 11:
Janet's pick this week, "Newton and Curie the Science Squirrels" by Daniel Kirk, is a great STEM title. Learn about force and gravity and simple machines like levers and pulleys with Newton and his sister squirrel, Curie. Cheer for them when they use their new knowledge to get the fallen bird's nest safely back into the tree.

Janet's picks today will help you with teaching colors.  One Red Sock by Jennifer Sattler is about a purple hippo trying to match her one red sock. The book is in rhyme and your child will begin to predict the next color she tries by rhyming, a great prereading skill.  Fussy Flamingo by Shelly Vaughan James and illustrated by Matthew Rivera is another picture book that can help with color learning.  A very fussy eater, Loa, a flamingo, needs to eat shrimp to get her feathers a pinkish color, but instead easts various other South American foods that change her feathers colors matching those foods.  When she finally tries shrimp, she loves them. An indirect lesson -- try it and you might like it!

Janet's pick for this week is the Schneider Family Book Award winner for middle grade readers.  This award is for a book that "embodies an artistic expresson of the disability experience:. "song for a Whale" by Lynne Kelly is about Iris, a 12 year old deaf girl who is determined to communicate with Blue 55 a whale that "sings a song" that no other whale can hear.  Chapters of the book are the whale's thoughts and he will win your heart. You will cheer with Iris, a radio repair whiz, as she works to achieve her goal.

Janet's pick for this week is "Butterfly Yellow" by award-winning author, Thanhha Lai. This story shows the determination of Hang to reunite with her brother, Ling, who had been airlifted from Vietnam 6 years ealier when he was 5 years old. Arriving in America from Vietnam with little knowledge of English and Texas, 18-year old Hang, with the reluctant help of LeeRoy, a want-to-be cowboy, is determined to pursue her goal. 6 years is a long time and things don't always work as planned.  Available in hardcover now; coming in paper on Oct.13.

"The Summer We Found the Baby" by Amy Hest. Imagine finding a baby on the steps of the library. In this book we find how 3 children perceive this incident and how their perceptions are influenced by the happenings of the past summer. This is a sweet book about friendships and the need for "mothering" (to get and to give) and teachers - a great book about "point of view".

Rain! Puddles!  Read these picture books, Soaked! by Abi Cushman and Puddle Hunters by Kirsty Murray and Karen Blair to see how attitude makes all the difference in our perception of circumstances.  Is your cup half full or half emply?  These children and animals will make you smile.

Kitray by Gideo Marcus is a science fiction story set in the year 2846 of a nineteen year old girl who puts all of her savings into a salvaged Navy spaceship so that she can travel throughout the galaxy.  She and her crew of friends end up stranded in hyperspace and it takes all of her crew's epertise to attempt the way home.  The book has great characterization and the reader can feel the tension and acknowledge the "reasonably accurate science" needed to return to her planet, Vatan.

Do you remember Bob, the homeless dog who makes himself at home in Ivan’s cage in the Newbery award winning The One and Only Ivan by Katherine Applegate?  Well now he has a home and a story of his own to tell in The One and Only Bob!  It’s a story of courage and rescues.

The Ascendance Series for 10-12 year olds by Jennifer A . Nielsen (The False Prince, The Shadow Throne, The Runaway King) is a fast-paced tale of deceit, adventure, heroism and the quest to save a nation.  We thought the trilogy would be enough, but more story needed to be told. The Captive Kingdom comes out in October. Cannot wait for you to see the new twists and ending (new beginning).

I Can Make This Promise (Paperback)

My Bed: Enchanting Ways to Fall Asleep Around the World (Hardcover)

Don't Stand So Close to Me (Paperback)

One Red Sock (Board Books) 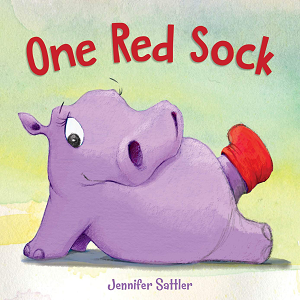 One Red Sock by Jennifer Sattler is about a purple hippo trying to match her one red sock. The book is in rhyme and your child will begin to predict the next color she tries by rhyming, a great prereading skill.